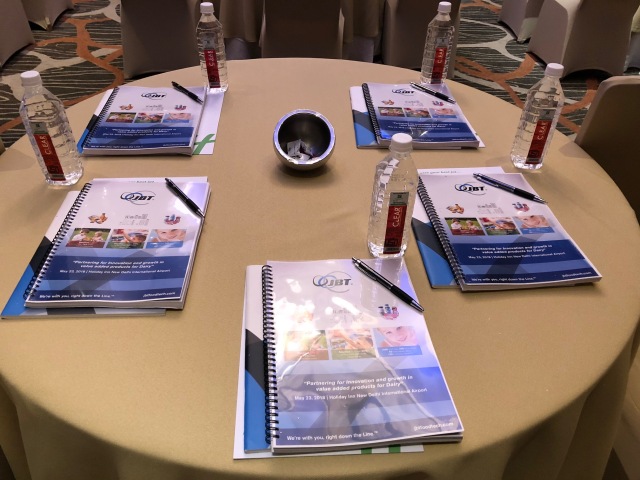 The benefits that JBT Avure’s High Pressure Processing (HPP) technology and the potential for increasing shelf-life using JBT’s Sterideal® UHT system were just two of the innovations highlighted by the successful JBT India Roadshow, which last week visited the cities of Bangalore and New Delhi. Attended by more than 60 representatives from across India’s dairy and food processing sector, the roadshow visited New Delhi on May 23 followed by Bangalore on May 25, with the focus very much on how JBT can improve efficiencies, operations and minimize downtime. 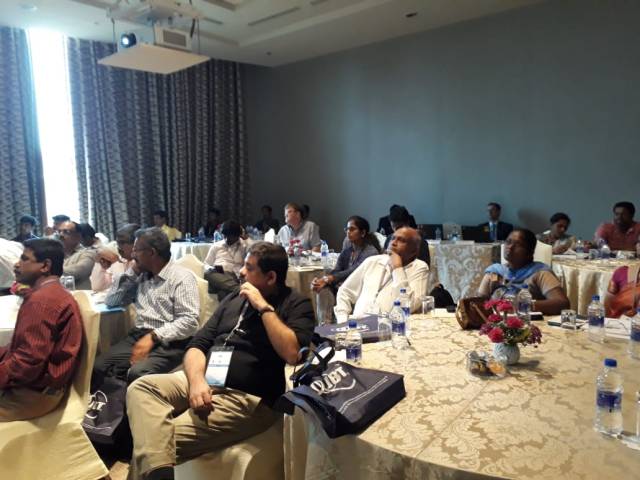 Robert Geerts, JBT’s Manager of Sales Food & Dairy systems for the Asia Pacific region, said the events were very well received by both current and prospective customers. “Our customers were very happy to see we are enthusiastic about growing in India and have a broad product range to support their businesses,” he said. “We showed the different alternatives available for filling and sealing packaging materials, as well as the variety of ways – including HPP, UHT and ohmic heating – for pasteurizing or sterilizing different juice and dairy products.”

Geerts added: “For those who were new to JBT, the seminars were well received and most were very surprised they hadn’t heard of us before. In fact, we’ve already received emails from a number of them to discuss further some of the topics.”

JBT has announced the launch of the X-Series System, an innovative option designed for pre-existing or new Bin Scrubber Systems. It delivers external scrubbing for truly clean bins for handling nuts, fresh produce and other products. Based on JBT’s existing Bin Scrubber Systems, which are capable of scrubbing the inside of up to 200 bins per hour, the new X-Series System also focuses on external cleaning.

Like the previous Bin Scrubber Systems, the new system makes use of specially designed brushes to ensure a meticulous cleaning of the bottom, sides, front and back of bins.

“In contrast with previous JBT systems which scrub the inside of the bin, the optional X-Series System scrubs the outside and the bottom of the bin, meaning all four sides get cleaned, and then it goes through the process of scrubbing the interior like the S-Series Bin Scrubber System,” explains Hassan Khan, Marketing Communications Coordinator for JBT Liquid Foods.

Initially developed on a custom-build basis, the X-Series System is already attracting interest from the nut and pistachio industries, he adds.

For more information about the External Bin Scrubber, contact: fptinfo@jbtc.com 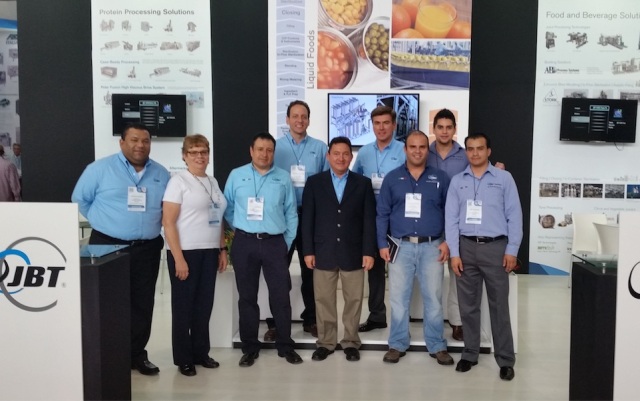 JBT will be using the opportunity of next month’s Expo Pack Mexico 2018, which takes place in Mexico City’s Expo Santa Fe exhibition center, to showcase a full range of innovative solutions for food and drink processors across Mexico and wider Latin America.

“We’ll be making the most of the chance to meet people from across the food and processing industries who will be present at the event, and will be showcasing our entire line for liquid foods, including citrus processing and High Pressure Processing (HPP),” explains JBT’s Regional Director for Mexico Armando Morales. “JBT has a major presence in Mexico in areas such as fruit and vegetable processing, sterilization of many food and beverage types and pasteurization systems for dairy.”

Morales says JBT’s specialist HPP business, Avure Technologies, also has a strong customer base across the country, particularly in avocado, juice and dairy pasteurization. The JBT stand will further highlight filling and closing technologies, including innovative systems for powdered milk and solutions for handling and processing tuna.

Jorge Brito, Latin America Sales Director for JBT, says this year’s Expo Pack Mexico will mark JBT’s 14th consecutive appearance at the event, emphasizing its ongoing importance as a forum for meeting both new and existing customers. “While it’s principally an event for Mexico, we also receive visitors from Central America, the Caribbean and the Andean countries,” he says. “For this reason, it provides an important forum for meeting customers face-to-face, where potential new customers have the chance to speak with us in person and explore new opportunities.”

JBT will be exhibiting at Stand 3610 at Expo Pack Mexico 2018 at Expo Santa Fe exhibition center, Mexico City from June 5-8. 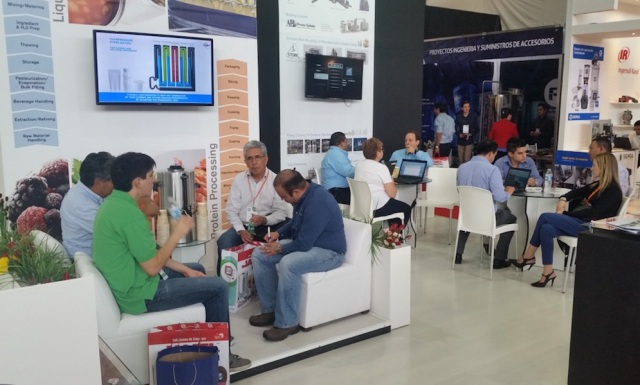 Read this article in English 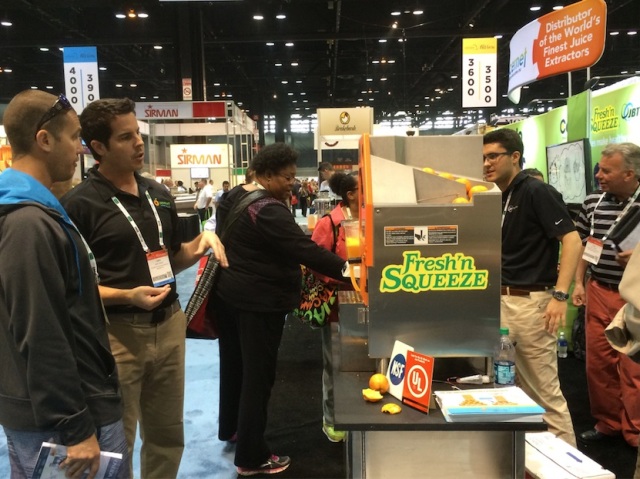 JBT’s Next Generation Fresh’n Squeeze® Multi Fruit Juicer, which offers up to a 65% increase in juice output over the existing model, is set to make a splash at the National Restaurant Show 2018, with customers able to get a first look at a faster, more attractive and easy to operate version of the classic system.

Capable of handling up to 33 pieces of fruit per minute, the new version of the Multi Fruit Juicer can produce 40 gallons of fresh juice during every hour of operation, up from the 25 gallons per hour delivered by the previous model. As well as moving from a one-case to a two-case hopper, the Juicer is also markedly more attractive in appearance than its predecessor, featuring viewing windows showing the juicing process and increased visibility of stored citrus.

The Multi Fruit Juicer will be one of the star attractions at the booth of JBT Master Distributor Juicernet by Mulligan Associates, Inc (#3760) where company founders Bonnie and Gene Mulligan will be showcasing the system to visitors from across North America. 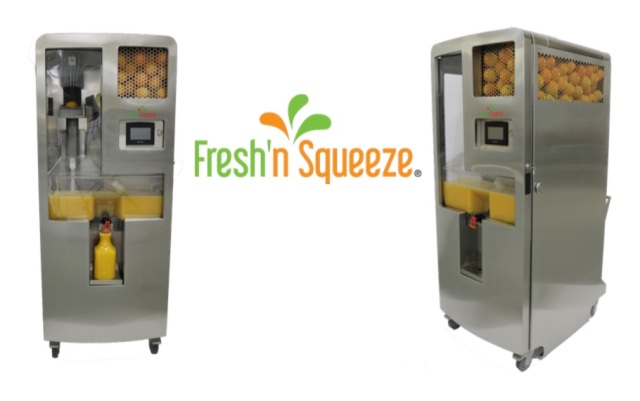 Mulligan, which is making its 33rd consecutive appearance as an exhibitor at the National Restaurant Show, has been JBT’s exclusive representative in North America for the past 18 years.

“We’re excited about having the opportunity to show the new Multi Fruit Juicer to visitors, including many of the 2000 dealers that we work with in the US and Canada,” says Bonnie.

“The new Multi Fruit Juicer will bring a real theatre effect to the booth because visitors will be able to see what’s going on inside the juicer. Getting rid of all the casting and making it stainless steel makes it much easier for cleaning, while the increased speed is another huge benefit.”

“It will help having a two case hopper instead of a one-case hopper, and it just looks so much newer and fresher,” she adds.

Juicernet by Mulligan Associates, featuring JBT’s Multi Fruit Juicer, will be exhibiting at Booth 3760 at the National Restaurant Show 2018 from May 19-22 at Chicago’s McCormick Place Convention Center.

LESS is more with this low-energy suction system for retorts 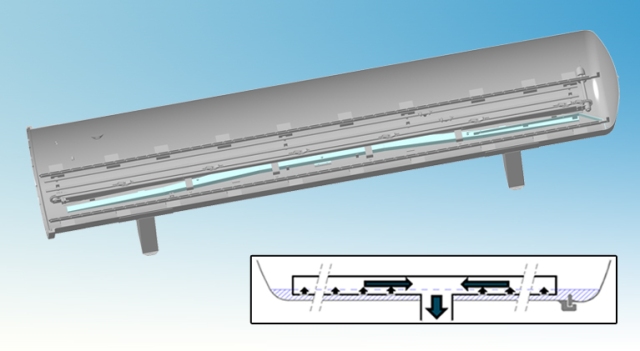 JBT has introduced a technological break-through for static 1800mm Steam Water Spray (SWS) retorts, the Low Energy Suction System (LESS), which can deliver significant energy savings for food processors by reducing retort water volume by up to 45%. The bolt-on solution, which can be added to existing and new JBT retorts, saves on energy by decreasing heating and cooling costs per process through the use and re-use of a much more limited volume of water. In fact, most companies would expect to receive a return-on-investment within two years based purely on energy savings.

According to Rick Wilson, JBT’s Global Product Line Director for Retort & Rotary, the system is based around the concept of less being more. “In a static retort, the water transfers the energy to the product – if you can cut that water volume by half and run multiple cycles per day it saves a tremendous amount of energy heating and cooling the water over the life of the retort,” Wilson explains.

The system utilizes a special distributed suction that circulates the water inside the retort while maintaining a high enough level to avoid complications, such as pump cavitation.

Read more HERE about how the Low-Energy Suction System works

“With less water to heat and cool, you not only save steam, but you also save on boiler chemicals, the amount of condensate you have to put down the drain, and less cooling water is needed on the cooling side,” says Wilson. “If you have a cooling tower, you have to run that less, so it saves on energy for cooling all of that water.”

Wilson estimates that a return-on-investment on the system can be realized within a year and a half to two years based on energy savings, meaning the solution is a “no-brainer” for many companies.

“Our intention is to retrofit LESS onto existing 1800mm retorts,” he adds. “We have hundreds of retorts out there we can retrofit and also new opportunities. We have sold four in the US and three in Asia so far, so LESS is now starting take off.” 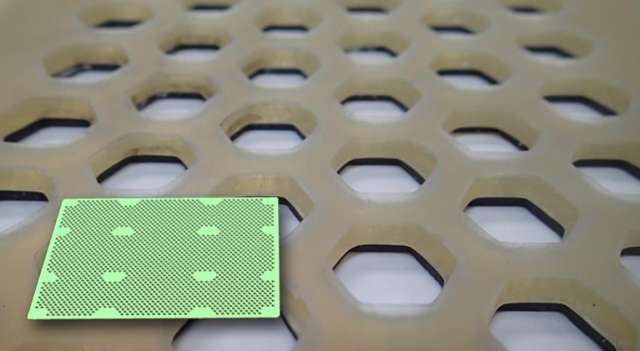 JBT has announced the commercial launch of the Hybrid Layer Pad, a unique, innovative solution for improved handling of delicate glass containers in baskets during sterilization. Developed for agitating retorts, the Hybrid Layer Pad has been specifically designed to securely hold irregularly shaped glass containers during rocking or end-over-end agitation, meaning containers look as good after the process as when they first enter the retort.

As JBT’s Global Product Line Director for Retort & Rotary, Rick Wilson, explains, the system has been designed to better handle layers of – typically uneven sized – glass containers when they go through the sterilization process. “Certain products, such as coffee drinks in a glass bottle, can vary in height, while also having lids with lithograph prints that can rub off on contact with a hard surface,” says Wilson. 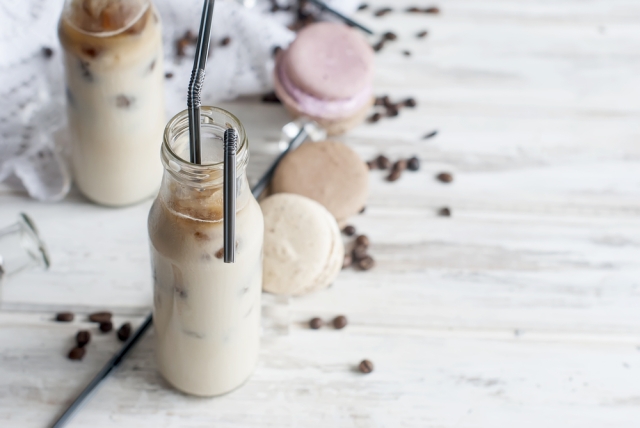 To overcome this challenge, the Hybrid Layer Pad has a spongy rubber material on one side combined with a stiff metal base on the other side. The rubber both protects the sensitive lithograph cap from damage, and also – when the layer pad is compressed on top of all the bottles – will take the variability of the bottle height and hold them securely. The stiff metal base allows layers of containers to be swept off during unloading and prevents container sagging at the edges of the basket.

“This is a very unique layer pad, which has taken years to develop,” says Wilson. “It increases the quality of the product on the shelf and potentially eliminates the risk of breakage or damaged packaging that can’t be sold.

“We’ve taken a metal sheet and bonded it with a rubber material; a bond which is not compromised by the 250°F steam water spray retort application, so we’ve got a proprietary solution which is unique.”

Find out more about the Hybrid Layer Pad here