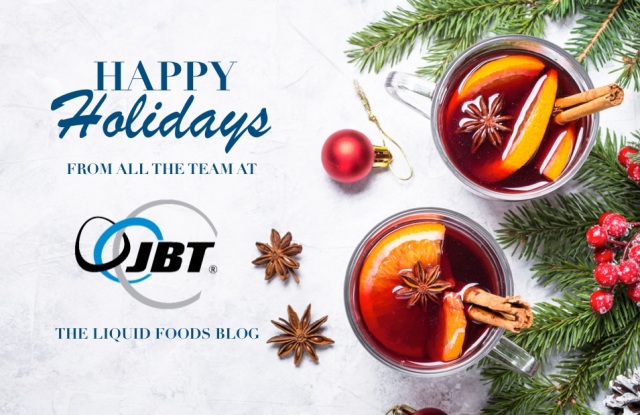 Improving and promoting sustainable practices is a key focus for JBT going into 2020, with initiatives to improve sustainability in the processed food and beverage segment as well as internally within JBT facilities. From assisting customers in the reduction of their energy footprint to improving JBT’s own internal practices, sustainability is moving to the forefront and will feature strongly over the coming 12 months.

“There are four key areas in which JBT is involved in sustainability,” explains Douglas Woodruff, JBT’s Director of Research & Development for Liquid Foods. “Firstly, we provide our customers with solutions that reduce the total cost of ownership in terms of energy, water, and steam, enabling their operations to become more sustainable. Secondly, we have a number of new product offerings that help our customers reduce food waste in food production and the delivery chain.”

A third area, he continues, is that of adapting highly efficient solutions to the plant-based beverage and food segment. The fourth, in contrast, is concentrated on improving sustainable practices within JBT facilities worldwide, an effort that has included simple changes to grander undertakings. “Our internal initiatives have included everything from putting in light sensors that switch off if there is no-one in the area, installing new heating systems that significantly reduce consumption of heating oil and reduce corresponding emissions, and installing solar panel systems at some of our larger manufacturing sites,” says Woodruff.

“JBT is focused on improving operational efficiencies, for both our customers and ourselves. These improvements often lead to more sustainable operating conditions while also providing financial value,” he adds. “Another bonus is that these developments help our customers – large and small – fulfill their own sustainability objectives, whether that be reducing resources required for production of safe food, reducing food waste, or efficient production of plant-based beverages and/or foods.” 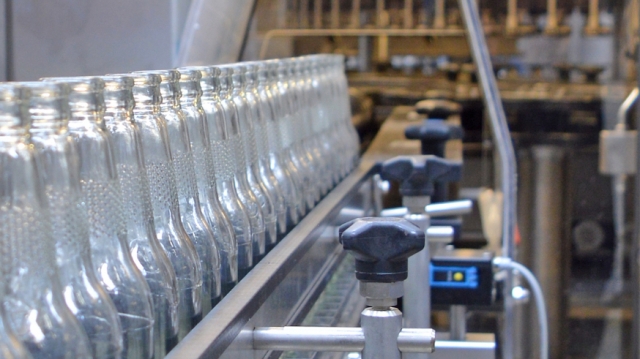 JBT will be staging a free-to-attend, one-day conference at its St Niklaas, Belgium facility on the international market for food and dairy products in glass containers. The Glass Filling Technology Day, which will take place on January 21, 2020, will focus on the critical filling stage, exploring solutions and technologies from JBT, as well as global trends and new developments in glass disinfection, rinsing and reheating.

Featuring expert JBT speakers plus presentations from companies actively involved in the glass filling industry, the event will also feature an exclusive tour of JBT’s manufacturing facility and technology center to view a High-Speed Rotary Rinser-Filler-Capper for soy-milk in glass bottles.

JBT’s Ben Verbeeck said: “The Technology Day will include presentations not just from JBT, but also from bottle-sterilizing experts WAB on the latest developments in the industry and glass jar and bottle producer Ardagh Group on trends and prospects in glass packaging.”

This will be followed by a guided tour of the JBT St Niklaas facility in the afternoon and a look at the latest version of the High-Speed Rotary Rinser-Filler-Capper.”

The JBT Glass Filling Technology Day will take place at the Hotel Beveren, Beveren-Waas, Belgium on January 21, 2020. Attendance is free but space is limited, so please click the link below to secure your place.

JBT Food & Dairy Systems has been producing high quality blow holding machines for over 100 years under the SF&DS brand. Their reliability is such that machines produced in 1971 are still in service today, but the very fact of their age – with many installed over 50 years ago – means they typically contain obsolete hardware and software. However, JBT has introduced a new solution which will enable customers to continue to benefit from the machines’ quality and reliability, while bringing them into the modern age.

The Blow Molding Controls Upgrade replaces essential parts of the machinery as an interesting alternative to replacement, which resolves many of the problems encountered when using old systems, including lengthy breakdowns due to a lack of spare parts.

To overcome such challenges, the Blow Molding Controls Upgrade introduces a new controls system using state-of-the-art software, trending and remote support. By replacing the HMI terminal, processing computer, mold control boxes and IO modules, an old machine is brought up to a modern standard. The new controls system significantly reduces the risk of breakdowns, but should one take place, JBT can swiftly supply spare parts to limit downtime.

Cost-effective solution
“Many of these machines are still out in the field and are being used by companies to produce sterile plastic bottles, but because the control system is obsolete, the possibilities to repair them and keep them running are becoming fewer,” explains Auke Bouwense, JBT’s Customer Care Manager for Blow Molding and Filling Systems.

“There is trade-off between investment in repair and investment in a new machine. Replacing the control system is a very invasive operation, so we have developed the Blow Molding Controls Upgrade to manage that risk.”

JBT carried out its first installation of the new controls system during the summer months of 2019 and it has proven to be both cost-effective and efficient. “The system is up and running and has become a very good example of a successful development project,” says Bouwense. The customer now has a year-over-year strategy to convert the rest of their blow molding machines.”

“The Blow Molding Controls Upgrade makes an old system relevant again and the investment is a lot lower than if they had bought a new machine,” he adds.